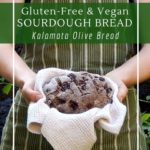 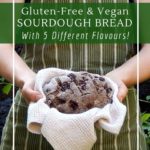 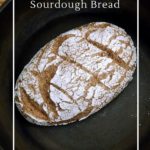 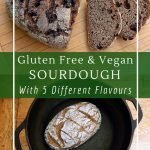 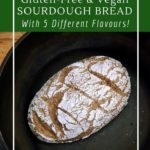 This gluten-free and vegan sourdough bread is deliciously moist, flavourful and chewy. Perfect for serving with dinner or as toast the next morning. Even the wheat-eaters in my life have gobbled up copious amounts of this bread, describing it as “the best gluten-free bread they have ever eaten.”

To be honest, I have been working on a good gluten-free and vegan sourdough bread for at least 4 years. I didn’t really hit on anything that worked until my mom introduced me to her favourite keto bread, which taught me about the binding power of psyllium husk.

As a result, this vegan sourdough loaf is practically a keto and paleo bread, however, the sourdough starter does require gluten-free grain. The trick is to have a really long ferment, which develops the flavour and loft of the bread.

Variety is the spice of life, or at least in this case the flavour in the loaf of bread. The structure of this bread is strong enough to support added ingredients. And the rich sourdough complements other flavours.

Here are some of my favourite additions:

The only trick is that this bread doesn’t use eggs. It means that the loaf requires heat to create a crusty exterior which prevents the loaf from collapsing after it is taken out of the oven. That can be a bit tricky for anyone new to gluten-free baking.

For a simpler version of this recipe, try my non-vegan gluten-free sourdough rolls. 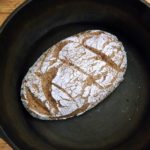 Looking for a delicious loaf of bread? This bread is gluten-free, vegan and full of flavour. It only contains about 1 1/2 cup of flour, which is used to give the bread a delicious sourdough flavour. The structure is provided by high fibre psyllium husk and flax.

**Recipe was updated on February 7th, 2021. Xanthan gum was added to prevent the issue of loaves collapsing after being pulled out of the oven. It’s been tested a number of times and should be reliable. Enjoy! 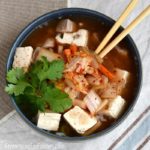 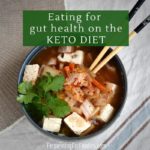 Eating for Gut Health On The Keto Diet 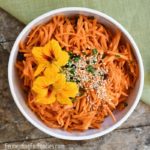 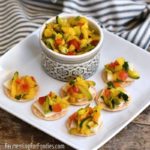 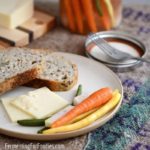 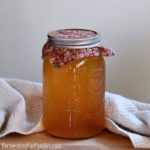 How To Make Apple Cider Vinegar